This article bellow is a very interesting point of view. I think one way of learning is by getting someone else opinion. My only add on to this article would be Allies should be celebrated as well. The purpose would be to encourage more Allies and educated more people. Also to encourage Allies to come celebrate pride with LGBTQ. Homophobia is a learn behavior. I hope that one day people will not care that the name of our company is Gay Pride Bow Ties, but a great bow ties with cause. Please enjoy the article bellow.

“Forty seven years ago, the LGBTQ+ Community joined together to form what has now evolved into Pride Month. One year after the 1969 Stonewall Riots in Greenwich Village – which is widely regarded as the start of the modern equality movement – our community took to the streets in New York City to march for equal rights and protections. While the Pride march has gone through many changes over the years, one thing has stayed constant: the ignorance that some people often display. One question that comes up frequently (and that I’ve heard often) is, “If you have LGBTQ+ Pride month, why is there no straight pride month?”

The answer to that question is easy, and I’m going to lay it out as clear as I can.

YOU DON’T NEED ONE!

Now, don’t take this as ignorance or “straight-hate” because I know many amazing straight people who deserve to be recognized as outstanding friends and allies, but that’s because of who they are, not based on their sexuality. If you encounter this ridiculous question (as I’m sure you will at some point in your life), here are the top reasons that I always use to combat the ignorance:

Generation after generation, the narrative of our society has always been predominantly defined as straight. Whether in movies, television shows, commercials, or print ads, the idea of the ‘nuclear family’ has always been portrayed as being between a man and woman with the white picket fence and 2.5 children. The nuclear family was something that was always celebrated and shown as something to strive to acquire. The idea of a same-sex couple fitting into that image took decades to even enter the realm of possibility, let alone to be normalized. 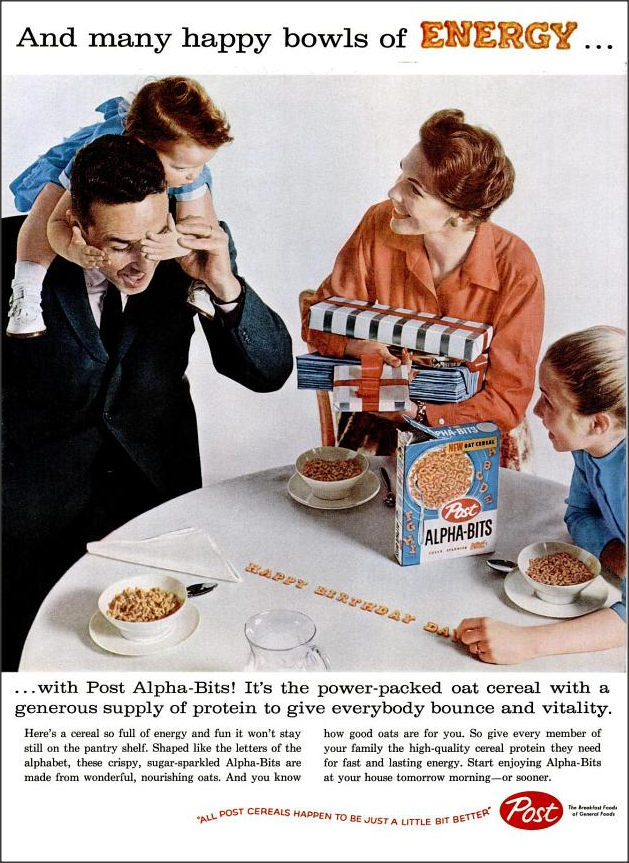 Above: A typical print advertisement from the 1950’s for Post, depicting the typical nuclear family of the time.

Straight people don’t get fired from their jobs simply for being straight. For many LGBTQ+ people around the world, this is a frightening reality. The fact still remains that people have to hide who they are, how they identify, or the relationship they’re in from their employer to alleviate the risk of losing their job, career, or livelihood. In most countries, the LGBTQ+ Community is not protected under existing employment civil rights laws, taking away our legal right to recourse for being fired for discriminatory reasons. 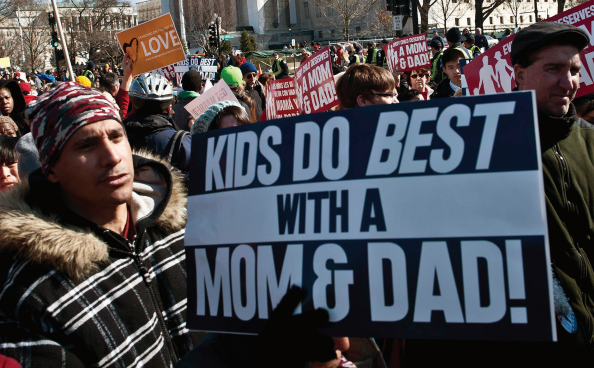 Above: An anti-marriage equality protester perpetuates the debunked myth that same-sex parents endanger the well-being of their children.

As a straight person, it has never been against the law to be straight. The government has never forced themselves into your life to prevent you from being straight or enabling discrimination against you. The stark reality is that many LGBTQ+ people have felt what it’s like to have rights stripped away from them, or limited, based solely on their sexuality. From anti-sodomy laws, religious freedom laws, “Don’t Ask, Don’t Tell”, and the Defense of Marriage Act, we know exactly what it’s like for the government to step in and define how our lives need to be lived. Straight people never had to deal with the violation of being told who they could love, or what was legal in the confines of their own bedroom. 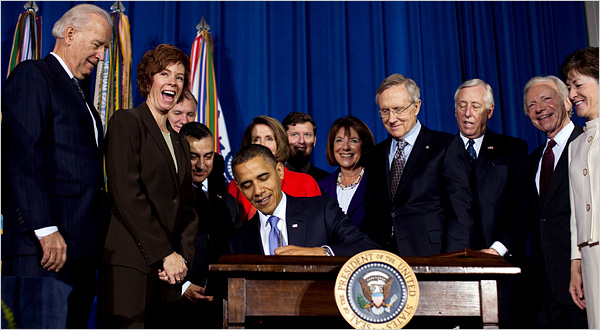 Lastly, and most importantly, straight people aren’t targeted for harassment, physical assault, or murder simply for loving whoever they love. No matter how many equality laws or hate crime acts are passed by the government, the staunch reality is that these horrific crimes still happen on a daily basis to members of the LGBTQ+ Community.

In 2011, the Southern Poverty Law Center, experts in tracking hate crimes and extremism, did an analysis of 14 years of hate crime data and concluded that LGBTQ+ people are far more likely than other minority groups to be victimized by violent hate crimes. We still live in a world where people are targeted simply for holding hands with their same-sex partner. The brutal, senseless murder of Matthew Shepard in October of 1998, was a wake-up call around the world, but, while progress has been made in the legal realm, the reality is that many members of the LGBTQ+ Community are still faced with these targeted attacks in 2017. Being targeted for hate, solely based on sexuality, is an existence that straight people will luckily, never have to deal with. 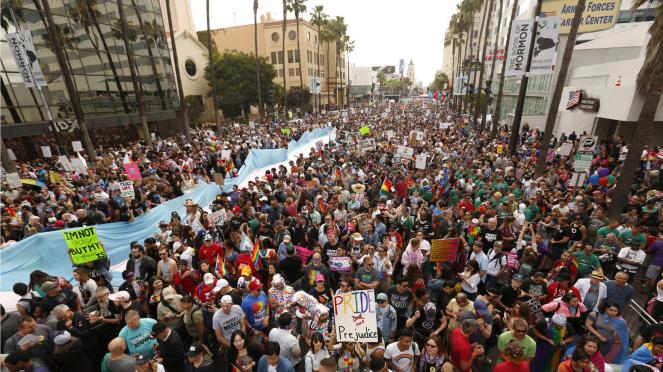 Above: Instead of a traditional Pride march, LA Pride hosted a #Resist March on June 11, 2017 to build upon the grassroots marches that have been organized this year. (courtesy of Genaro Molina/ Los Angeles Times)

While Pride Month has evolved into a celebration of our sexuality and the strides that have been made around the world, it’s important to remember that it began as the declaration for the right to exist without being oppressed or victimized, the demand for equal rights and protections, and for the natural rights that straight people have always enjoyed simply for being who they are – themselves.”